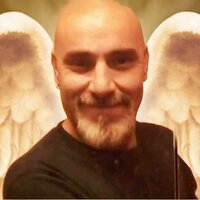 Lawrence Padilla, aged 54, died unexpectedly on March 17, 2022. He was the husband of Charity Padilla; they shared 25 years together. Lawrence was born on October 7, 1967. He loved spending time with all his brothers, whether that involved them all getting in trouble or just hanging out shooting pool they were always together. In 1986 he became a dad. He did everything he could to be the best father to all 4 of his kids. Always tried to be the best husband to Charity whom he loved very much. In 2014 he became a grandpa and he absolutely loved it. He would always say just give them hugs and kisses from grandpa only. All 5 of his grandchildren adored him. Lawrence enjoyed playing basketball, football, horseshoes, and of course watching his Broncos and Nuggets play. If you knew Lawrence you know he could be mean but had a big heart and would do anything he could to help you. You could call him in the middle of the night and he would listen. He will be missed dearly by many. Lawrence was survived by his wife Charity Padilla. His brother Joseph Jacquez. His three children: Lawrence Padilla jr, Zachary DaVault, Janessa Padilla. Also his grandchildren Esther, Ayden, Lee Angelo, Maelynne and Logan. Uncles, Aunts, cousins, nieces and nephews. He is preceded in death by his mother Esther Gonzales Father Lawrence Padilla. And his son Raymond Padilla. A viewing/services will be held at Aspen Mortuaries, 6580 E 73rd Ave, Commerce City, CO 80022 Viewing from 1pm -3pm Service from 3pm -4-pm Hug your loved ones and tell them you love them any chance you get. You never know when it will be your last.