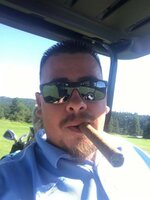 On April 10, 2022 early in the morning God called our beloved Jeremy Lee Archuleta home. He passed away unexpectedly. He came into this world July 20, 1981 in Denver, Colorado, the first child of Toni Archuleta and Lionel Ortega. Jeremy was always known for putting everyone else first before himself. Jeremy was a great husband, father, brother, uncle, grandpa, and son. He always did the most for others and never asked for anything in return. Jeremy loved coaching softball and spending time with his family and grandbaby. When he wasn†™t busy with softball or family events, Jeremy loved to fish and go camping. He will be dearly missed. Jeremy will live on through his Wife Brandy Archuleta; Daughters Cheyanne Archuleta and Montana Archuleta; Granddaughter Valencia Moreno-Archuleta; Parents Toni Archuleta and Lionel Ortega; Brothers Sean Ortega, Joey Ortega, Nathan Archuleta, and Brian Archuleta; Sisters Margrite Archuleta and Melonie Ortega. There are many other cousins, nephews, nieces, and brother in laws as well. He was very loved and he will be deeply missed by all those that knew him. On April 26, 2022 the viewing will be held at Our Lady Monther of the Church 6690 E 72nd Ave, Commerce City, CO 80022 from 10am-11am, mass to follow. Reception to follow location to be determined.