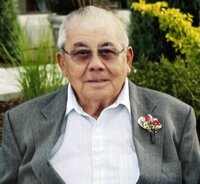 Walter K. Ikenouye, 90, peacefully passed away on May 21, 2022 after a long battle with Dementia. Walter was born on March 1, 1932, in Gill, Colorado to Kichizo and Elizabeth Ikenouye. The 3rd youngest of 9 children, Walter completed school and enlisted in the U.S. army. After courageously serving his country, Walter returned to the family farm. His career eventually led him to Denver where he worked as a crane operator and truck driver for Ryerson Steel. In 1955 Walter married Bette Yasuda, his beloved wife of 64 years. Together they raised two daughters, Cheryl and Gail. Walter was a strong, kind, loving, and supportive father. His knowledge and guidance were the foundation of his family. Walter became passionate for the game of golf, and that love for the sport continued throughout his life. After retirement, you could often find him chatting with friends and playing 18 holes at Battlement Mesa golf course. Yet Walter†™s greatest joy was spending time with his family, especially his grandchildren and great grandchildren. His witty humor, endless jokes, comforting hugs, and contagious smile will forever be missed. Walter leaves behind daughter Cheryl (Otto), daughter Gail (Sean), grandchildren Justin, Rachel, Brianna (Luis), Derrick (Tammy), Kerstin (Britton), Shelley (Joey), 12 great grandchildren, brother Jack (Barb) sister Margie (Albert) and many nieces and nephews.