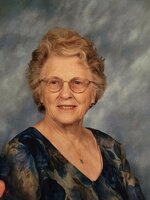 - Obituary for Ruby Schilling - Ruby Idelette Schilling of Arvada Co. passed away on June 4th, 2022, at the young age of 92. She was born at Hosmer SD on 4/14/1930, Ruby was proceeded in death by her husband, Arthur Schilling, her brother and sister-in-law James and Ruby Mayer, and her brother and sister-in-law Clark and Joan Mayer. Surviving family is her son Dale Schilling and her two grandchildren Madison and Jacob Schilling. Also surviving is her sister and brother-in-law John and Gloria (Mayer) Schlaht, her brother Lester and Sharon Mayer, and her sister-in-law Angela Schilling. Also surviving are numerous nephews and nieces.