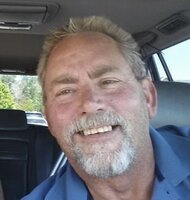 John Normand Cvetic was born November 16th 1961 in Erie Pennsylvania to Mother Mary Ellen Maloney and Father Normand Francis Cvetic who preceded him in death along with his sister Kattie Spiesman and brother Thomas Cvetic. Survived by sister Lisa Harris and niece Veronica Harris as well as nephew Joseph Spiesman. John met the love of his life Michelle Kush in Virginia Beach, Virginia in July of 1984. They moved to Colorado and married in January of 1999. The love they shared created their sons Thomas and Mathew Cvetic born in the year 2000. John supported the family he loved by becoming a master swimming pool builder. He enjoyed building pools and the pool building community quickly became his second family. John always made sure that his home was a safe and loving space for all to come and enjoy. Some of the kids that John treated like they were his own are Elias Lovejoy, Mason Yedo, Cody Whitmore, Braden Brown, Emily Berg and many others who needed a safe place to go. The Cvetic home is where they found safety, compassion, understanding and direction. The best years of John's life were the years he moved his family to Stanley Lake during the summer so they all could enjoy camping and boating on the lake. When Mathew turned 18 John and Matthew started Second Generation Construction and together they built many pools in Colorado. The company was on its way to great success when Matthew passed away in 2021 and John never recovered from the loss. His health took a turn for the worse and John passed away in the hospital on June 20th 2022. He is survived by his loving wife Michelle and his loving son Thomas Cvetic. Join the Family for a Celebration of John Cvetic's Life to be held at Stanley Lake on August 13, 2022 at 5pm. Please enter the main gate to Park as the family has paid the entry fee for those coming to the service.