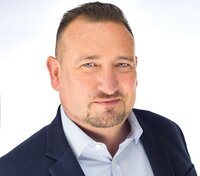 Joshua Paul Stengel, beloved husband and father, passed away unexpectedly on July 11, 2022, in Lakewood, Colorado. Joshua was born on March 20, 1975, in Superior, Montana to parents David and Mary Stengel. His childhood was filled with Montana, Idaho, and Himalayan mountains where he learned to fish, ski, hike, backpack, and cycle. He attended the University of Idaho where he met his best friend, Jennifer. They were married on December 28, 1996. On their one-year anniversary, they moved to Colorado, which they have called home for 24 years. He continued his education in Colorado at the University of Northern Colorado where he graduated with a BA in Business Administration in 2004. In 2010, they welcomed their son, Austin, to their family. Joshua worked for several years as a project manager. As a couple, Joshua and Jennifer loved to backpack, hike, bike, scuba dive, and travel. Some of Joshua†™s favorite memories included a trip to Nepal where he and Jennifer trekked to Mount Everest basecamp and several diving trips to Honduras, Mexico, Puerto Rico, and Costa Rica. Joshua is survived by his wife, Jennifer, his son, Austin, his parents, David and Mary Stengel, his sisters, Rachel Bonofiglio and Esther Pelletier, and his nephews, Benny and Bodhi. He will always be loved and and forever be cherished in our hearts. A Celebration of Life service will be held on Tuesday, July 19th at 2:00 p.m. at Aspen Mortuaries, 6370 Union Street, Arvada, CO 80004.