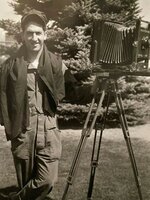 John Basile Jr., beloved husband, father, grandfather and great grandfather died peacefully at his home on July 18, 2022. John was born on July 31, 1933 in Inwood, New York where he grew up the second youngest of seven children. While serving in the Air Force he met his wife, Marie. They were married for 37 years and raised 4 children in their North Denver home. Together they enjoyed coaching girls†™ softball and volleyball, family picnics and spaghetti dinners every Sunday with the family while listening to Italian love songs. He retired from the USPS where he worked as a letter carrier. After Marie†™s passing, he married Mary and together they enjoyed tending their property, going to Blackhawk to try their luck and watching sunsets over the mountains from their back porch. He is survived by his wife Mary, his four children, thirteen grandchildren, sixteen great grandchildren and numerous nieces and nephews. He was a friend to everyone he met and was always willing to lend a helping hand to anyone. He will be missed by all who knew him. With his love for children, we ask that in lieu of flowers donations be made to: St. Jude Children†™s Research Hospital, PO Box 1000 Dept. 142 Memphis, TN. 38101-9908