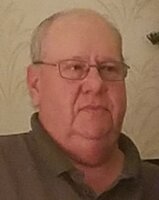 Born February 17, 1954 in Toledo, OH, Larry was the son of William and Nila Van Wormer who proceeded him in death.

Larry was a 1972 graduate of Ida High School in Ida, MI. Larry joined the United States Navy in 1972 and served proudly for 6 years.

Larry moved to Colorado in 1980 and Colorado became his home. He worked as a carpenter for 40 years before retiring in 2019.

Larry is survived by his loving son, Steven, his stepson William (Jennifer) Young, his companion Marie Neiberger, their dogs Logan and Cooper, 4 brothers and 2 sisters.