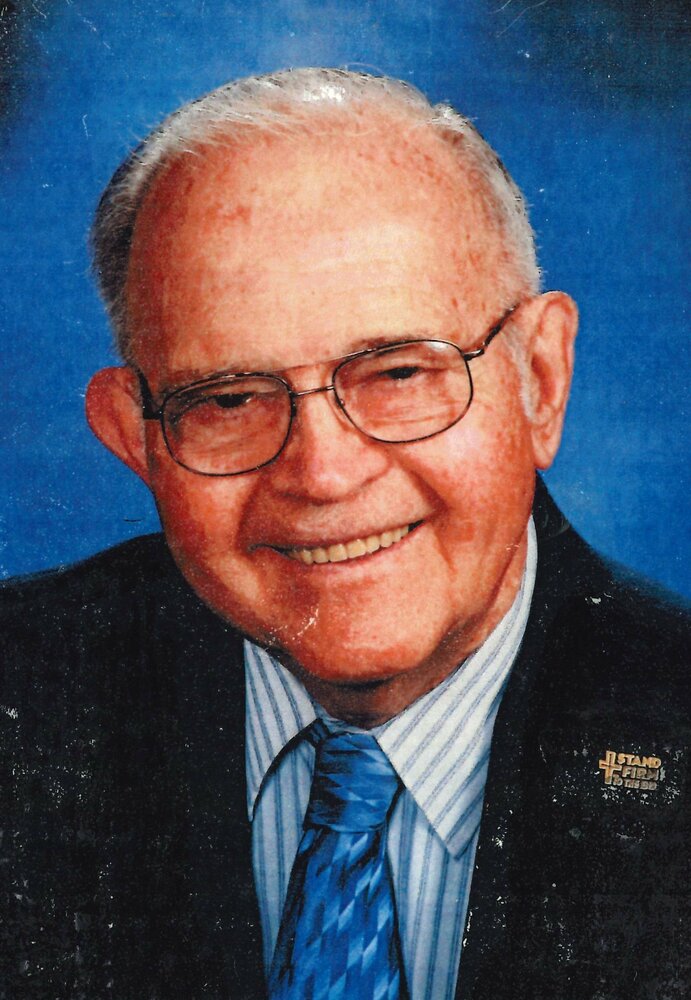 Boyd Enos Barkey was born on October 21, 1930, to Lester Barkey and Maude (Chittenden) Barkey near Clatonia, Nebraska.  He joined his siblings, Dean and Genevieve (Gene) Goble.  Another brother, Jack, was born 2 years later.  The family farmed, and the children attended elementary school near the family farm at the Barkey Schoolhouse which still stands today.  Boyd attended high school at Clatonia High School.

Boyd married Lois Ann Schachenmeier in 1951.  They had 4 children, Sharon (Chris) Kermiet, Doris (Rob) Kelley, Daniel (Patti), and Jerilynn (Scot) Guilkey.  Boyd earned his living as a farmer, and he especially enjoyed farming with his Dad and his father-in-law, Walter Schachenmeier.  When Lois’s health failed due to a chronic asthma condition, the family, along with Boyd’s in-laws, Grace and Walter Schachenmeier, moved to Golden, Colorado in 1961. They attended St. James Lutheran Church.   Boyd, familiar only with farming as a way to make a living, felt fortunate to get a job with Coors Brewing Company.  That began a long and fruitful relationship with his co-workers from Coors.  He retired from Coors in 1992.  Boyd and Lois divorced in 1972.

On April 8th, 1972 Boyd met Patricia Nielsen who would be his life-long companion for over 50 years.  Dad and Pat enjoyed their life together, traveling and playing cards on “date night.”  Pat always won!

Boyd was an avid gardener, growing many varieties of vegetables in his expansive garden plots.  Boyd also loved music and it was the center of his life.  He was an excellent guitar player and he loved his Martin guitars! While married to Lois, it was not uncommon for the family to sing together as much as possible.  Lois played the piano, Boyd the guitar, and the children sang the songs of the Carter Family, Johnny Cash, and a multitude of other artists.  Boyd went on to encourage music in his grandchildren, teaching them to play guitar and violin.  Boyd enjoyed the “Pickin’ Parlor” in Arvada and often joined the other artists in jam sessions.

As his health began to fail, he went to live at Applewood Place Assisted Living, where he continued to make friends among the staff and other residents.  There he was known as the “singing cowboy,” often breaking into song and wearing his white cowboy hat whenever he left his room.

His long and fruitful life lives on in his family.  He loved his Lord and is now reunited with a host of loved ones that went before him.  He’s now singin’ with the saints and has heard his Lord say, “Well done, thou good and faithful servant.”

To send flowers to the family or plant a tree in memory of Boyd Barkey, please visit Tribute Store
Wednesday
12
October

Share Your Memory of
Boyd
Upload Your Memory View All Memories
Be the first to upload a memory!
Share A Memory
Send Flowers