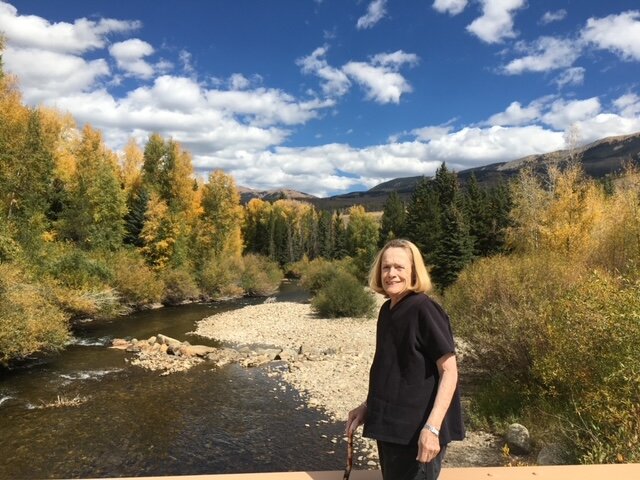 Carol Lynn White, known to many by her childhood nickname “Bicky”, passed away peacefully in her sleep on August 2, 2022, in Lakewood, Colorado, surrounded by her family, at the age of 81. She was born on February 1, 1941, in Stephenville, Texas; the firstborn child of Frances Elaine and Edwin Carlton Gaskin, Sr. Frances always called her her “icky, bicky baby,” so the nickname “Bicky” followed her through life. Bicky grew up in the Oak Cliff neighborhood of Dallas, Texas, with her siblings Rebecca E. Freeman, Edwin “Teddy” Gaskin, Jr., and Juliet E. Rowland, and she attended the University of Texas in Austin. She later moved to Mobile, Alabama, and raised three children, who were her greatest joy in life, with her former husband, Robert “Bob” Lewis White, Sr. She and her family were active members of St. Paul’s Episcopal Church.

Later in life, Bicky returned to her native Texas roots, first Dallas and later Tiki Island. After a mild stroke, Colorado became her home and heart for her last eight years. She was a proud mother, loyal friend, avid reader, performing arts enthusiast, gardener, animal lover, gourmet cook, prayer warrior and traveler until the very end. She had an indomitable spirit and left a lasting impression on all those whose lives she touched. She was smart, funny, and always stylish.

She is survived by her sisters, her children, Robin (Larry Rust, II), Robert “Bobby” Jr., and Susan (Vince) Buss, numerous nieces and nephews, as well as a host of extended family members and friends.

We will remember her as our beloved mother, sister, aunt and matriarch. Bicky’s ashes will be spread in her beloved Gulf of Mexico, where a celebration of life will be held later this year.

To send flowers to the family or plant a tree in memory of Carol White, please visit Tribute Store

Share Your Memory of
Carol
Upload Your Memory View All Memories
Be the first to upload a memory!
Share A Memory
Send Flowers