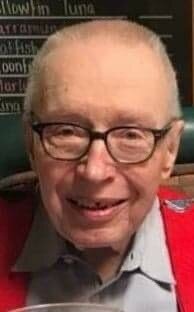 Fred Wilhoft, Jr. Was born October 8th, 1935, to Fred Wilhoft, Sr., and Emily (Ruel) Wilhoft, in Denver, Colorado. He retired from Public Service Company, where he worked in Gas Load Control. Fred was a volunteer firefighter for most of his adult life, and also served on the board of the West Metro Fire District. He also served as an advocate for AARP and senior issues with the Colorado State Legislature. Fred was a 32nd degree Mason. He is survived by his children, Fred Wilhoft III (Kathy), Debbie Westmoreland (Dennis), and Jonathan Wilhoft, as well as several grandchildren and great-grandchildren. He was preceded in death by his wife Nancy, and a son, Steven Wilhoft. Services will be held graveside at Crown Hill Cemetery, on September the 7th at 11:00 a.m.

To send flowers to the family or plant a tree in memory of Fred Wilhoft, Jr, please visit Tribute Store
Wednesday
7
September

Share Your Memory of
Fred
Upload Your Memory View All Memories
Be the first to upload a memory!
Share A Memory
Send Flowers