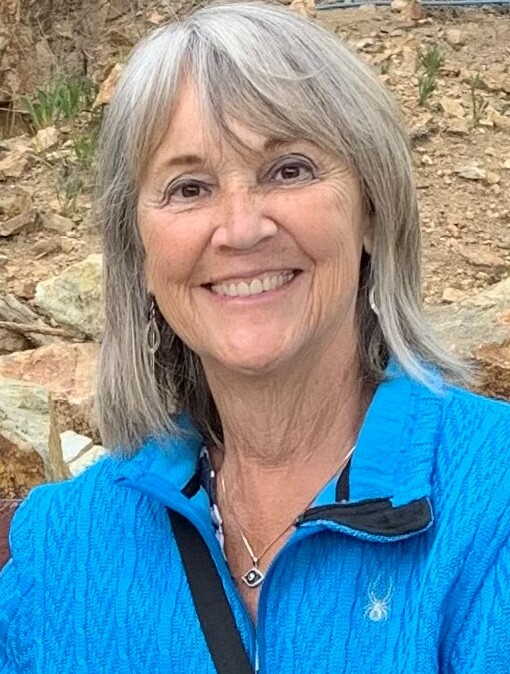 Denise Mary Suess, 67, passed away Saturday, September 24, 2022 at her home in Arvada, CO surrounded by her family. Denise was born September 6, 1955 in New Ulm, MN to Elden and Cleo LeBert.

Denise was first and foremost a loving mother and wife. She was born in the same hospital seven days after her husband, Duane.  They met for the first time 15 years later when they performed together in a high school play and quickly became lifelong friends.  They had a Christmas wedding at the Cathedral of the Holy Trinity in New Ulm on December 29, 1976.  Denise loved her husband of 45 years, son Jared, and daughter Jamie more than anything. Anyone and everyone who met her would say she was special. She was that type of person. She had an aura about her that made her approachable – someone you could feel comfortable talking to about anything, even if you were a complete stranger.  She was frequently the life of the party – the one who planned everything and was at the center of it, making sure others were happy. She was one of the kindest souls to ever be put on this earth.

Denise received her bachelor’s degree from the College of Saint Benedict and an MBA from the University of St. Thomas.  She worked as a hospital consultant and then a hospital administrator in the Twin Cities and taught a course at the University of Minnesota.  In 1993, the family moved to Des Moines and Denise became a full-time mother.  She began volunteering more in her children’s school activities, most devotedly in the school’s marching band program as a band mom.  She took on leadership roles in the Band Boosters and of Valleyfest, a marching band festival and competition held at West Des Moines Valley High School involving dozens of marching bands across Iowa and neighboring states.  After the terrorist attack on 9/11, Denise was commissioned to serve on a bio-terrorism task force set up by President Bush to establish hospital protocols in the event of an attack.

Denise’s love of the Vikings was second to none, despite the constant letdown. She remained a loyal fan since she was a little girl, watching and going to games with her dad. Her sense of humor never faltered.  In one of her last weeks, she said: “Purgatory is where you go until the Vikings win the Super Bowl.  Then you can move on.”

She was preceded in death by her parents and five siblings, Renee, Margo, Brenda, Bruce and Michele; her father and mother-in-law, Erwin and Monica Suess; and by her brother-in-law, David Suess.

A mass officiated by family friends Father Gerald Meidl and Deacon Richard Christiansen has been scheduled at the Cathedral of the Holy Trinity in New Ulm, MN at 2:00 P.M. Thursday, October 6, 2022, followed by a brief service at the New Ulm Catholic Cemetery.  An open house will then be held at the New Ulm Country Club from 4 - 7 PM. In lieu of flowers, the family requests that donations be made to the “University of Colorado Foundation” designated to the LeBert Suess Family Endowed Professorship for Ovarian Cancer Research.

To send flowers to the family or plant a tree in memory of Denise Suess, please visit Tribute Store

Share Your Memory of
Denise
Upload Your Memory View All Memories
Be the first to upload a memory!
Share A Memory
Send Flowers