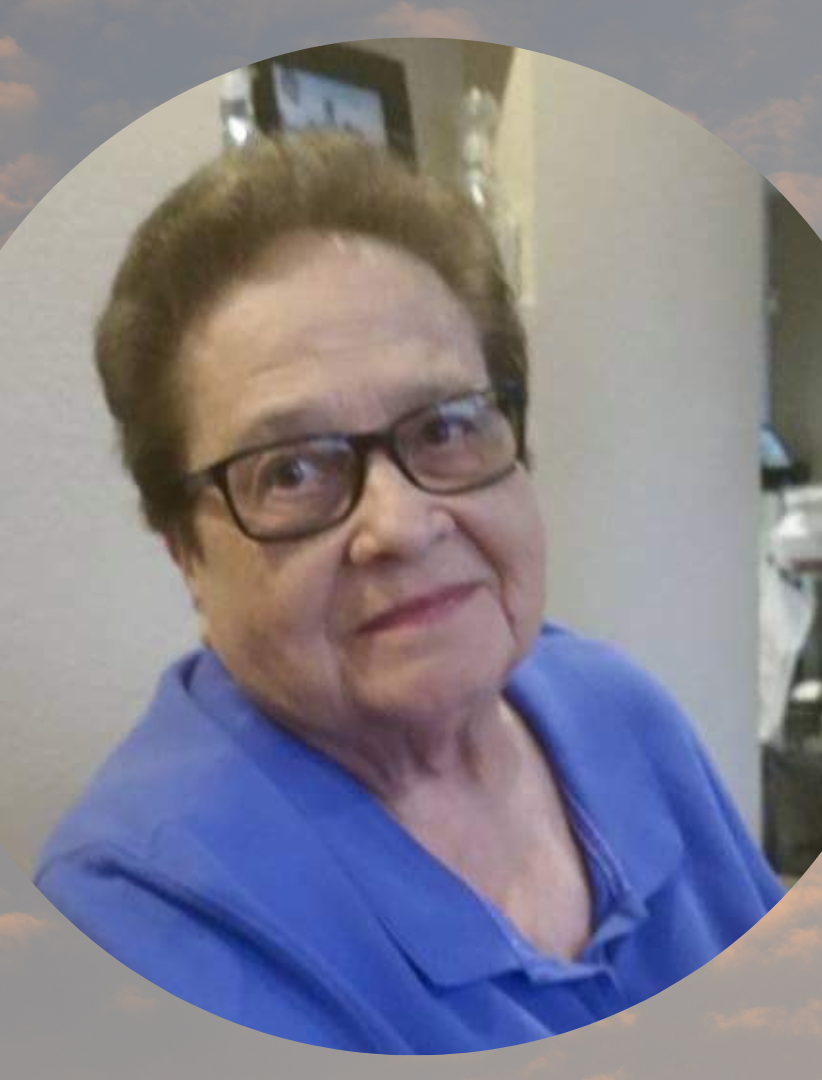 Virginia Mae Farner, "Ginny", passed away peacefully at home in the loving care of her family on October 5th, 2022. Virginia went to be with her Lord and Savior the same way she spent each day of her 89 years on earth - strong, graceful and full of faith.

Virginia was born on March 18, 1933 in Sterling, CO.  She was the oldest of seven children; raised on a farm. Growing up on the farm was extremely hard work where she crawled up and down beet rows, milked cows, put up hay in a horse drawn wagon, butchered hogs, beef and chickens, canned fruits and vegetables, made home-made bread and almost everything else from scratch too.  She graduated from St. Anthony’s Catholic High School with Honors in 1951.

Her aspirations were never to leave home and conquer the world, but rather to nurture all that God had given her. Her wildest adventure began in the drug store, where she worked, just before Christmas in 1951 when a tall, charismatic man with a mischievous smile came in to buy presents. Never having said a word to her directly while he was there, Alvin told her coworker, which happened to be his Aunt Josi, as he walked out the door "You have that gal meet me at the dance this weekend." With some encouragement and warning, she did show up to that dance and a short six months later, they were married on June 14, 1952.

Their life began in a small apartment in Denver, CO. In 1955, they purchased their home in Commerce City, CO, where they lived their entire lives expanding and shaping it as they did their family. Ginny and Alvin instilled in their children their faith, work ethic, service, and integrity.  As the matriarch, Virginia held the family together with love and guidance but certainly made everyone toe the line with a single look, and you knew you had crossed the line when she headed to the kitchen to get the belt off the top of the fridge.

In addition to managing the household, Ginny took on extra jobs like ironing, cleaning and painting houses, and other odd jobs to contribute financially to the family.  In 1982, she took a full time job as a Library Aid at Adams City Middle School and worked there for sixteen years until she retired.  While fulfilling these roles, she was also very active in her Catholic Parish and taught catechism, cleaned the church on a weekly basis and participated in fundraisers for the church for several years, all the while making sure her children became confirmed Catholics.

Her macaroni salad, grape salad, banana split cake, and famous fried chicken were always in high demand at every gathering.  And don’t forget the historical “wacky cake” that was made from scratch for her children on their birthdays growing up and all through their adult lives.  In fact, the last bites of food Virginia ate before her death, were wacky cake.

Ginny enjoyed quilting and embroidery and said a stack of prayers every single day along with praying the Rosary every day, and through the last few years of her life, multiple times a day.  Those who knew her, knew not to call at 7:30pm while the Rosary was on.

To each person who had the honor of spending time with her, Ginny became who she could for them. She was considered the “Best Mom” and "Best Grandma Ever".  Even though she always stated she loved everyone equally, she made each of them feel as if they were actually “the favorite”.

Ginny's love and light will be deeply missed, but all those she leaves behind are exceedingly grateful for the memories and the irreplaceable role she played in their lives.

To send flowers to the family or plant a tree in memory of Virginia Farner, please visit Tribute Store
Wednesday
12
October

The luncheon will be held at the Adams County Fairgrounds in the Al Lesser building, following the burial services at the cemetery.

Share Your Memory of
Virginia
Upload Your Memory View All Memories
Be the first to upload a memory!
Share A Memory
Send Flowers