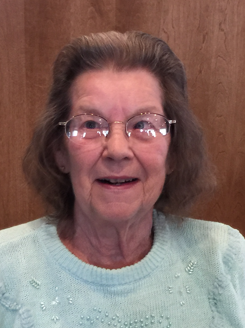 Bobbie was born in Fresno, California November 9,1939 and was a longtime resident of Arvada. She has also called Laramie Wyoming, Pueblo, and Denver home. She worked for the City of Arvada and the Rocky Flats Plant where she retired in 1992. Bobbie and Ralph previously owned and operated the Rockette Tavern and she finished her working career as a bookkeeper for the Arvada Elks.

Bobbie loved children and enjoyed reading and working in the yard with her great grandchildren. She also enjoyed traveling, making homemade jelly/jams, gambling in Blackhawk, working bingo, and playing bridge with her group at the Elks. She loved Celine Dion, Mexican and Italian food and participating in garage sales. Bobbie also had a profound love for her Elks community, an organization she volunteered with throughout her life.

In lieu of flowers, the family requests donations in Bobbie’s memory to the Arvada Elks Red Rocks Scholarship fund.

To send flowers to the family or plant a tree in memory of Barbara Faris, please visit Tribute Store
Friday
28
October

Share Your Memory of
Barbara
Upload Your Memory View All Memories
Be the first to upload a memory!
Share A Memory
Send Flowers