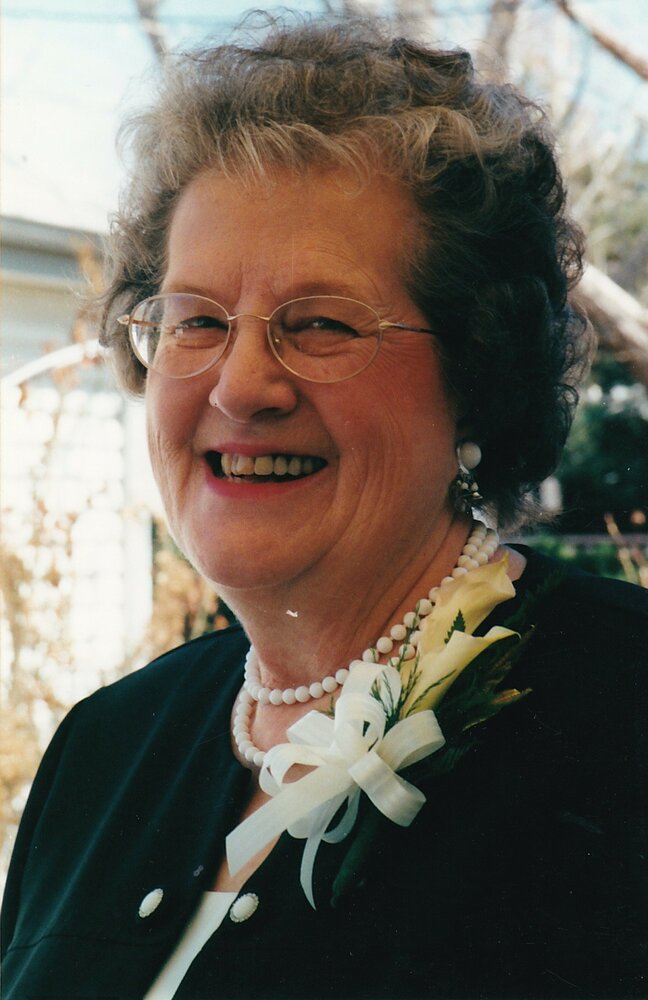 She is survived by:

Donna was the first of three daughters born to Herb and Mabel (Buerkle) Drews on March 23, 1930, in Gibbon, Minnesota. She lived the life of a farmer’s daughter and did the chores with the hired help. Needless to say, she was a rough, tough cream puff! Strong, intelligent and elegantly beautiful. She graduated from Gibbon High School in 1949 and graduated from college in St. Cloud, MN with a teaching degree.

Donna met her lifelong friend and what would become her husband at a cousin's wedding: Kenny’s cousin, Corwin Firle and Donna’s cousin, Marvel Paschke. They married on April 1, 1951, while Kenny was on a short military leave, during a snowstorm and with only two weeks of planning. Of course, she was that beautiful bride who stunned everyone!! While Kenny was serving in the Korean war, she finished college and went to live in Indiana with the wife of one of Kenny’s Army friends. It was there that she also got her first teaching job.

When the war was over Kenny came home and they started farming on a farm in Fairfax, Minnesota. They farmed and had five children during that time, until they decided to move to Colorado in April of 1963. Donna was four months pregnant at the time, but they all made it!

Thanks to family already in Colorado, they found a house and a job for Kenny and a solid church, Our Saviour Lutheran Church in Commerce City. Donna taught Kindergarten for four years at their church, in which Barb attended one of those years.

After teaching, she sold the World Book Encyclopedia for a while. Then she went on to work for Armco Steel making huge culverts, becoming the first woman to ever work in that steel factory. After retiring from Armco Steel, she had little jobs for a short time here and there until she retired to take care of her husband, Kenny full time.

Donna loved gardening and trimming her evergreen bushes, along with making flower arrangements with the flowers from her garden. She made bouquets for Sunday church services, people who worked at church, and sometimes even brought them to Assisted Living places, neighbors, and the Senior Center. She always had them made for family gatherings whether it was a holiday or birthday or any special occasion.

Donna also loved cooking and baking, trying new recipes and making her old favorites!! Almost every Sunday, she brought her home-baked goods for fellowship after the church service.

One of her favorite times of the year was the annual Mother / Daughter Tea Party at Church! The women brought their china, favorite teas and desserts, and the men would serve the women.

On their 45th wedding anniversary, Donna and Kenny traveled to Branson Missouri. She had so much fun she went back again later with Doug and the Seniors Group.

Donna’s devotion to her faith in the Lord and to her family were of paramount importance throughout her life. When anyone met Donna, they were left with a memory of her kindness, loving ways, great sense of humor, and her unforgettable laugh…. and of course, she always had a smile. She never met a person she didn't like. Even though she always stated she loved her children equally, she made each of them feel as if they were actually “the favorite”.

A luncheon will be held at the church after the service on Monday, October 24,2022.

Share Your Memory of
Donna
Upload Your Memory View All Memories
Be the first to upload a memory!
Share A Memory