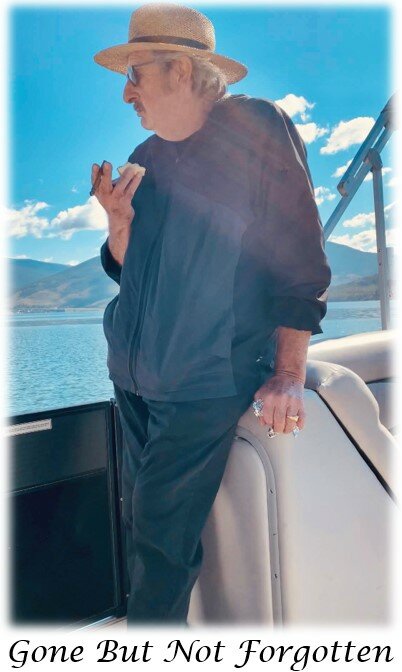 It is with great sadness that the family of Wayne M. Matthews announces his passing on November 28, 2022 at the age of 75 in    Westminster, Colorado with his family by his side.   Wayne was born in Fort Collins, Colorado on June 28th 1947 to Floyd and Ethel Matthews. He was one of eight children and grew up loving the outdoors in Grand Junction, Colorado. He would often recount hunting trips along the western slope with his dad and brothers Bob and Joe . Wayne also had four sisters Annie Reeves, Judy Newman, Florence Goreham and Sue Scheulen. Wayne married Patricia Murry on September 1, 1972. Together for 50 years,  The two were each other’s lifelong companions and friends. They were blessed with three children Wayne II, Troy and Regina who affectionately called him “Big Daddy”. Wayne learned the fence trade at a young age and was well known and respected by his colleagues for inventing and sharing a process for setting fence posts in a straight line with the naked eye. He was known to set miles of posts with tireless energy. He owned and operated his family business Action Fence Company in Denver, Colorado for over 30 years. And, even though you can still see the green chain link fence he built 50 years ago running alongside I‐70 on Chief Hosa Pass in Genesee, Colorado, He considered his life’s work, his masterpiece, to be his children whom he adored.   Wayne loved cooking and grilling for his family and friends. He was well known for his menudo and green chile but, he was absolutely famous for his potato salad.  He was an avid gardener and could often be found calling the bingo games at Bingo‐Rama to raise money for the Thornton Fraternal Order of Eagles Aerie #3226 where he served as head Trustee. Other hobbies included camping, fishing, and spending time with his children, grandchildren and his Cadillac.   Wayne is survived by his wife Patricia, his brother Joe and his children Pamela (Donald) Butterfield, Wayne (Jennifer) Matthews, Troy Matthews and Regina (Monico) Sanchez, and his 14 Grandchildren Zachary Morris, Ben Cooper, April Cooper, Alyssa Butterfield, Echo Matthews, Shelby Matthews, Wayne Matthews III, Ryan Morrison, Mason Matthews, Devine Matthews, Liam Matthews, Scarlett Matthews, Monico Gavino Sanchez , Gianni Sanchez, 7 great grandchildren as well as numerous nieces and nephews whom he also loved so very much.      He was preceded in death by his Parents Floyd and Ethel, Brother Bob, Sisters Annie, Florence, Judy and Sue and his granddaughter Samantha.   Wayne especially will be remembered for his love of music, sense of humor and a spirit that served to strengthen everyone he met.  Visitation Wednesday, Dec 14th at 10:00 am with funeral services to follow at 11:00 am at Aspen Mortuary 6580 E 73rd Ave Commerce City, CO 80022.

To send flowers to the family or plant a tree in memory of Wayne Matthews, please visit Tribute Store
Wednesday
14
December

Share Your Memory of
Wayne
Upload Your Memory View All Memories
Be the first to upload a memory!
Share A Memory
Send Flowers