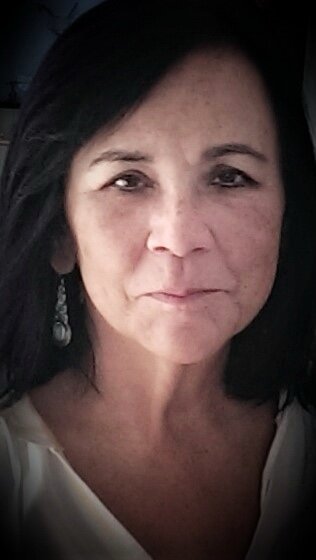 Stella Louise Benavidez was born July 22, 1948, in California to Celio Benavidez and Stella Benavidez.  On November 27, 2022, she passed away peacefully in her home, surrounded by her family.  She was 74.

Stella was born in California. However, as a child, her family moved to Las Cruces, NM. That move prompted her lifelong love with The Land of Enchantment.  The beauty of New Mexico captured her heart.

In 1967, Stella married Fred St. John and together raised three children.  In 1980 they divorced.  During her time in New Mexico, she started her career in accounting at White Sands Missile Range. When she moved to Albuquerque NM, she worked at Associated Grocers, Apple Computers, and  KOB T.V.

In late 1993, she moved to Colorado to be closer to her family. In Colorado, she worked for the Boulder Housing Authority, Coors, E-Soft, Crocs, and Envirotest.
Stella was a huge advocate for women's rights. She volunteered her time in women's correctional centers with the literary program. During her free time, one of her hobbies was ballooning where she would spend her weekends being a chase crew member.

Stella had a passion for art, music and dancing she loved books and was an avid reader. She also enjoyed traveling and experiencing the world.

A mass and celebration of her life will take place at the Spirit of Christ Catholic Community, 7400 W 80th Ave, Arvada, CO 80003.

Stella was loved by many and will be deeply missed by her family.
To send flowers to the family or plant a tree in memory of Stella Benavidez, please visit Tribute Store
Thursday
19
January

Share Your Memory of
Stella
Upload Your Memory View All Memories
Be the first to upload a memory!
Share A Memory
Send Flowers