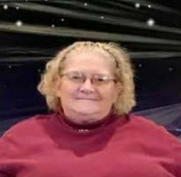 Jayleen Rae (Butts) Smith was born on July 23, 1946 in Denver, Colorado to Guy Butts and Jessie Mae Gordon. Jayleen attended Brighton High School, graduating in 1964. Jayleen met the love of her life, Herbert (known to many as Herbie) Leroy Smith in February 1959 at a Valentine's Day party that was held at Herbie's family home in Ft. Lupton, Colorado. Jayleen was the tender age of 12, and Herbie 15. Being an only child, Herbie's family quickly took Jayleen under their wings and loved her like their own daughter and sister and was there for her when her mother died when Jayleen was just 16 years old. Herbie and Jayleen later married on August 16, 1964 at the Christian Church in Brighton, CO. Jayleen's greatest accomplishment was the birth of her daughter, Susan (Rayleen) Smith on May 22, 1966. Jayleen worked at United Power in Brighton, Colorado for 28 years, starting in August 1981 and retiring in late 2009. During her time at United Power, Jayleen made many wonderful and lasting friendships with those she worked with. She was a very devoted employee, always willing to go the extra mile to help where needed, and never complained. Jayleen very much enjoyed the chance to work alongside her grandson, Curtis, for the last few years she spent at United Power. It is because of Jayleen's strong work ethic that her daughter and grandchildren are the employees they are today, and we only hope we can be half the amazing employee she was. After a long illness, Jayleen moved to Avamere of Brighton in September 2015, where she met many wonderful friends. During her time at Avamere, Jayleen served as President of the Resident's Council and enjoyed spending her afternoons playing bingo, participating in crafts, and many other activities offered to the residents at the facility. Jayleen was very loved by all who knew her at Avamere, both residents and employees alike. Jayleen's kind, loving, and giving spirit shone brightly wherever she went. To her immediate family, Jayleen was known as the comforter and caretaker. She spent many years caring for the love of her life, Herbie, through 1 liver transplant and multiple other operations/hospital stays. She was always by his side until his passing in February of 2000. Jayleen also gave the best hugs and was there to comfort you when you just needed a shoulder to cry on. Her work ethic carried through even at home. There were many times Alicia, Curtis and Kimberly would wait until the very last minute to finish a school project. She never complained. She was always willing to lend a helping hand and made multiple late-night runs with them out to her work to help finish up those last-minute school projects. Jayleen was someone you could count on through thick and thin and she will be deeply missed by all who loved and knew her. Jayleen is preceded in death by the love of her life, Herbie; her long-time friend and 2nd husband, Noble Miller; her sisters-in-love, Thelma (Paul) Turner, Aleda (Pat) Chandler, LaVeda (J. Lee) Sears, Alma (Vernon) Kraft, her brother-in-love, Leland Smith; her son-in-love, Kirk Swarts; her grandson, Christopher Swarts, and her adopted grand-daughter, Jennifer Elrod. She is survived by her daughter, Rayleen (Gary Simmons) Swarts; her grand-daughters Alicia (Brandon) Hinds and Kimberly (Bradly) Harms, Patricia (Can) Simmons-Pudenz; her grandsons, Curtis (Danielle) Swarts, Andy (Tricia) Simmons, Gary Jr. (Anna) Simmons; and her greatgrandchildren, Autumn Harms, Zandor Franklin, Daniel Hinds, Novatney (Nova) Franklin, Aeris Franklin, Alyssa Simmons, Olivia Swarts, Jaxson Harms, Abigail Simmons, Ashton Simmons, Addison Swarts, and Sara Simmons, as well as numerous nieces and nephews, and friends who loved her very much.

To send flowers to the family or plant a tree in memory of Jayleen (Butts) Smith, please visit Tribute Store

Share Your Memory of
Jayleen
Upload Your Memory View All Memories
Be the first to upload a memory!
Share A Memory
Send Flowers