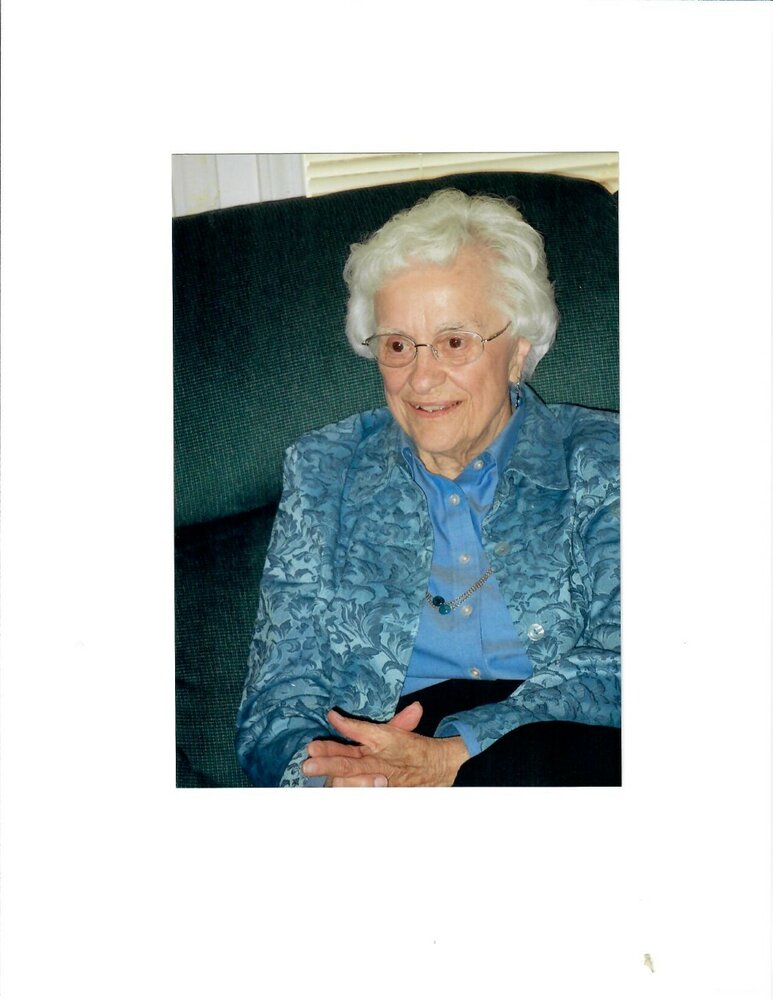 Patty was born in 1924 to Charles H. and Inez W. Yocom of Oberlin, Ohio. She spent a happy childhood in Oberlin, growing up with her older brothers Willis and John, and surrounded by a close-knit extended family. She attended Oberlin College, earning a teaching degree.

At Oberlin, she met her future husband Edward K. Atkinson. Patricia taught school in Wellesley MA while Edward completed his medical residency in Boston. They lived in California while he served in the Naval Reserve at Camp Pendleton's hospital. Finally, Edward entered private medical practice and they settled down in Greenville, PA. There, they raised two children David and Rebecca.

After divorcing in 1974, Patty re-entered the work force and taught in the Greenville public school system for a number of years. In 1985, she married Arthur Frazer, a friend from her Oberlin childhood, and relocated to Golden, CO.

Patty was predeceased by husbands Edward and Arthur, and by her elder brother Willis. She is survived by her brother and sister-in-law John and Betty Yocom of Hanover, NH, son and daughter-in-law David and Jeanne Atkinson of Jericho, VT, daughter and son-in-law Rebecca Atkinson and Dwight Luper of Arvada, CO, and granddaughter Sarah Luper. Also, many nieces, nephews, cousins, and step-children - she was fond of them all, and the feeling was mutual!

The family wishes to express our gratitude to Patty's caregivers from Hospice and the Golden Pond Retirement Community.

To send flowers to the family or plant a tree in memory of Patricia Frazer, please visit Tribute Store
Saturday
21
January