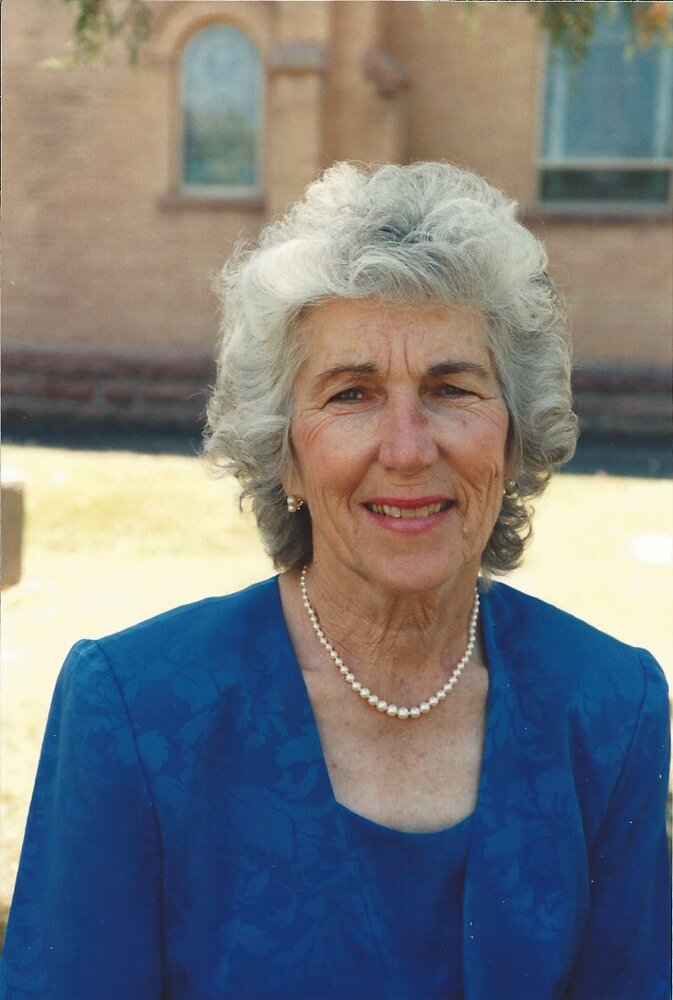 Jessie Claire Patton Halloran was born December 9, 1924 in Walker Township, Juniata County, Pennsylvania and quietly slipped away at the age of 98, on January 1, 2023 in Arvada, Colorado.

Born and raised on a dairy farm in Pennsylvania Jessie grew up during the great depression; she experienced many of the hardships of those times including the loss of her mother and father by the time she was in her early teens. At the same time, she thrived being able to be outside and in the barn helping her father, who she adored, with chores. While her sister, Norma gravitated to being in the house, Jessie roamed the fields and the rivers of her home.  An avid gardener, she always tried to create a bit of that life wherever she lived

She told her children stories of losing cows across the river, fleeing floods in row boats, butchering days and an appreciation of all it took to work the land. She attended a one room schoolhouse and like many of her generation, had to walk a long distance to get there.  She was an intelligent child, who skipped grades and created a fair amount of havoc, crawling up and down the aisles to distract other students while the teacher’s back was turned

She met her future husband in Pennsylvania during World War II when he came to pick up her roommate for a date and realized that he preferred the pretty brunette. She attributed their exceptionally short courtship to “war times”. She followed him around the world including Europe and picked up her family and moved ten times, finally returning to Colorado after her husband’s death.

Like many women at that time, she gave up on her own dreams of becoming a physician to be a mother and create a loving home.  The births of her seven children spanned over 20 years. Before she finished raising the youngest, she started adding grandchildren to the mix. She was the loving center of the family and always put the needs of her children before her own.

Jessie was ever curious, non judgmental and open minded and loved nothing more than being ornery.  She was still skiing in her seventies, playing golf into her 80s, taking classes, traveling, volunteering and loving spending time with her grandchildren.  She played a mean game of Bingo and rarely missed watching Jeopardy and Wheel of Fortune.

She aged with grace and humor, able to enjoy small pleasures, as getting older made her world smaller. She still took walks outside her assisted living home, enjoyed the flowers planted by her daughter, Patty, who along with her siblings made sure that she always felt loved, read biographies of famous people and always loved a rebel. She prided herself on still being “all there” even as age diminished her ability to move quite as fast as she might have liked.

Jessie will be laid to rest Thursday January 12, 2023, at Fort Logan National Cemetery in a private burial. A memorial service will be held at a later date.

To send flowers to the family or plant a tree in memory of Jessie Patton Halloran, please visit Tribute Store

Share Your Memory of
Jessie
Upload Your Memory View All Memories
Be the first to upload a memory!
Share A Memory
Send Flowers